For those of you who read our blog and are on twitter, this post is for you! We are big fans of the platform for discovering industry news and trends about security, VPNs and privacy. We tweet every now and again under @IrishVPNs. 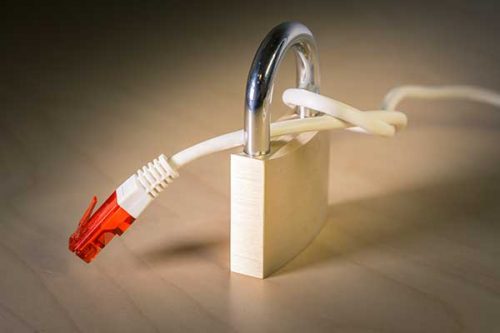 So after you’ve followed us ☝, here are some great great people to follow.

Based in Australia and creator of @haveibeenpwned, a lookup tool for checking if your email and passwords have been a subject of a data breach. Troy is an active advocator for HTTPS everywhere and other security movements.

So here it is – my latest @pluralsight course – and why every web developer needs to understand HTTPS https://t.co/7gn4GIhv1b

Brian Krebs is the maintainer of a popular security blog, http://krebsonsecurity.com/

Mobile Giants: Please Don't Share the Where https://t.co/zbeQEqe46j Real time information about the location of your mobile device is being sold to commercial third parties who are all getting hacked #DontShareTheWhere pic.twitter.com/5gFamYVAEa

Parisa Tabriz is one of the managers at Googles information security team. She calls herself a Security Princess.

Window Snyder (wikipedia) has just joined Intel as Chief Software Security Officer as of June 2018. Previously she work at Fastly as CSO, Microsoft, Mozilla and Apple.

Congratulations to @Window Synder on being named the new Chief Software Security Officer! I'm excited to be able to welcome such a veteran in the security industry to @Intel. I look forward to collaborating with you! #WomenInSTEM

Honored, excited, and nervous to do this. See you in Vegas!

Clear audio is also critical for automated transcription, making them inaccessible to the hard-of-hearing.

John Kindervag is former Forrester Principle Analyst. Where he focussed on network security, information security, PCI data security and wireless security. Currently he is the CTO of Palo Alto Netwoks.

Most companies use HOPE as their risk mitigation strategy:
(H)ead in the sand
(O)bfuscate reality
(P)oint the finger
(E)mployment journey

Dan Goodin is a Technical writer / reporter at Arstecnica with responsibility for covering IT Security topics such as Malware, botnets and hardware hacking. Dan shares a lot of breaking news around internet security

New Spectre attack enables secrets to be leaked over a network https://t.co/H6RrrTAHIx by @DrPizza

Keep an up to date on security reports from twitter itself.

We recently found a bug that stored passwords unmasked in an internal log. We fixed the bug and have no indication of a breach or misuse by anyone. As a precaution, consider changing your password on all services where you’ve used this password. https://t.co/RyEDvQOTaZ